The application would successfully use real-time environmental data from a Manchester wireless sensor network, and display it to users, while allowing Manchester City Council to monitor and improve air quality.

With a tight deadline of under four weeks, our teams had to work quickly and effectively.

SmartAir acts as a City Dashboard and Open Data solution, providing the council with data from local sensors including temperature, carbon dioxide and nitrogen dioxide level. This data is made available to over 500,000 citizens who can monitor the quality of air in their city, and make informed decisions on the most environmentally-friendly way to travel around the city.

With over 200 million devices running Windows 8, we established exclusive use of the Microsoft operating system to solve the key requirement of creating a fast, fluid and visually stimulating application perfect for displaying data to the end user.

By utilising Microsoft Azure we were able to create a fast and effective service with no initial capital costs, and one that could maintain an acceptable service level when the number of users and participating cities utilising SmartAir increased.

The application was showcased in Athens at the Future Internet Assembly to over 400 European researchers, industrialists, SMEs and users and was the focus of a dedicated Webinar as part of Microsoft’s CityNext campaign. 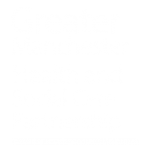